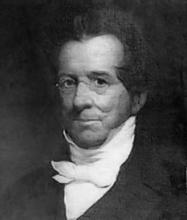 Yale’s first ever language courses in American Sign Language (ASL), taught by Lector Jessica Tanner, are in full swing. As YaleNews reports, demand for the introductory L1-level course far exceeded supply, as forty-five students attended the first lecture even though only fourteen places in the course were available. The L1- and L2-level courses offered this semester, ASL 110 and ASL 120, respectively, are part of a pilot program lasting three semesters. If Jessica’s courses continue to command a high level of popularity over the 2018–2019 academic year, then the pilot program will be expanded to form a permanent course offering in ASL at Yale, which will satisfy the Yale College foreign language distributional requirement.

Contrary to popular belief, sign languages are not merely collections of gestures or representations of English words. Like their spoken counterparts, sign languages express rich ideas through phrases and sentences composed according to complex grammatical rules. A wide variety of different sign languages are used by deaf communities throughout the world. Within the United States, considerable regional variation can be found among users of ASL.

ASL itself descends from Old French Sign Language (OFSL). It was brought to the United States when Yale graduate Thomas Hopkins Gallaudet (AB 1805, AM 1808, pictured), inspired by a neighbor’s daughter, decided to develop a method for educating deaf children. Gallaudet traveled to Great Britain, where he met Roch-Ambroise Cucurron Sicard, head of the National Institute for the Deaf and the Mute in Paris. Sicard invited Gallaudet to visit his school, and it was there that Gallaudet learned to communicate using OFSL. Gallaudet returned to the United States with two faculty members from the Institute, and together they founded the American School for the Deaf in West Hartford, Connecticut.

For Jessica, the ASL courses are not only meant to teach students a new language, but also to introduce them to the culture of the deaf community. Enrollment is limited to fourteen students because all participants in the course must interact with one another and immerse themselves in the language. According to Professor Raffaella Zanuttini, who worked with Director Nelleke Van Deusen-Scholl of the Center for Language Study and Associate Dean George Levesque of Yale College to create the pilot program, the ASL courses will allow students to “dive into a new culture and into a community with which we are not usually able to interact.”

More information regarding the current progress of the pilot program are included in the YaleNews story about the ASL courses. Next year’s course offerings include an L1–L2-level sequence for beginners (ASL 110 and ASL 120) and an L3–L4 sequence for advanced students (ASL 130 and ASL 140).