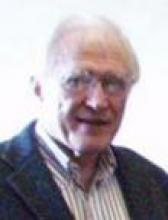 Harold Colyer Conklin (April 27, 1926 – February 18, 2016) was an American anthropologist who conducted extensive ethnoecological and linguistic field research in Southeast Asia (particularly the Philippines) and was a pioneer of ethnoscience, documenting indigenous ways of understanding and knowing the world.

Conklin was born in Easton, Pennsylvania in 1926 but moved before the age of one to his father’s hometown of Patchogue, New York. Interested in Native American culture from an early age, he was adopted by the St. Regis Mohawk tribe of the Akwesasne (Mohawk) Nation in 1939, when he was in eighth grade. While in high school, he pursued his interest in anthropology by serving as a volunteer at the American Museum of Natural History under anthropology curator Clark Wissler.

Conklin entered the University of California, Berkeley as an undergraduate in 1943, studying with anthropologists Robert Lowie, Alfred L. Kroeber, and Edward W. Gifford, as well as geographer Carl O. Sauer. He attended Berkeley for one year before being inducted into the United States Army in July 1944. After serving briefly in New Guinea and Leyte, he served with the 158th Infantry Regiment on the island of Luzon in the Philippines.

When World War II came to an end, Conklin continued serving with the Army in the Philippines until his discharge in August 1946. With the support of the Berkeley anthropology department he remained in the Philippines to conduct fieldwork for a year and a half. In 1947, he traveled to Mindoro and Palawan for a linguistic and cultural survey, spending time with the Hanunóo, an upland tribe in Mindoro. In Manila, he met with the tropical botanist Harley Harris Bartlett, who instructed him in botanical research and provided him with funds to create an ethnobotanical collection from Palawan.

Conklin returned to Berkeley in 1948 and finished his undergraduate work in 1950. He then started graduate school in anthropology at Yale University. At Yale he studied with Floyd Lounsbury (who became his dissertation advisor), Bernard Bloch, and Isidore Dyen, among others. His fellow graduate students included William C. Sturtevant and Charles Frake, who shared his interest in language, culture, and cognition. He conducted fieldwork among the Hanunóo in Mindoro from 1952 to 1954, completing his dissertation in 1955.