As an institution, Yale has recently renewed its commitments to increasing diversity and inclusiveness in our community through several key initiatives. One of these initiatives involves representations of diversity throughout our campus itself. In response to spirited conversations among students, faculty, alumni, and staff regarding the art and symbols that surround us and the people honored as namesakes for our buildings and residential colleges, President Salovey has appointed committees to address these issues.

Within the Yale linguistics department, we have been engaged in a number of efforts to encourage and support the involvement of people of diverse backgrounds in the life of our community. As part of these efforts, we have begun to reflect on the iconography in our physical spaces, where for the last several years, we have showcased pictures of philologists and linguists who spent time at Yale in the 19th and early 20th centuries. These include Leonard Bloomfield (1887-1949), Mary R. Haas (1910-1996), Edward Washburn Hopkins (1857-1932), Charles Lanman (1850-1941), Edward Salisbury (1814-1901), Edward Sapir (1884-1939), Edgar Sturtevant (1875-1952), and William Dwight Whitney (1827-1894). While these scholars made outstanding contributions to our understanding of language, we have increasingly felt that they do not represent the ethnic and gender diversity of our current department. Moreover, linguists in our department today carry out research using a variety of approaches and perspectives that did not exist at the time these scholars (primarily philologists, historical linguists, and structural linguists) conducted their work.

This topic arose during departmental climate conversations held in the fall of 2014 as part of a larger Graduate School initiative. In 2015-2016, we specifically began to discuss the ways in which we could update the existing iconography to remedy the mismatch in gender, ethnicity, and approach to the study of language, and in so doing, to create an environment that would better characterize our current department and foster an atmosphere of inclusiveness. We decided that we would keep the existing portraits and, in addition, we would honor a more diverse group of people by naming some of the common rooms in our department (lounges, meeting rooms, labs, etc.) after them. We formed a committee that made and solicited suggestions, compiled a list of people we could honor, and encouraged discussion about our goals and how they could best be achieved. As a result of this process, we decided to look for a set of people, all deceased, who embodied diversity, whose work contributed to progress in some aspect of linguistics, and who had an affiliation with Yale (as faculty members or alumni) or with Connecticut.

After considering many suggestions, the committee came up with a short list and asked for a vote from our students (both graduate students and undergraduate majors), postdocs, and faculty. With this input from the department, the committee selected the final honorees. We are pleased to announce that we now have installed placards on six common rooms in our department honoring the following individuals: 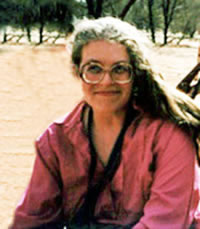 Catherine P. Browman (1945-2008) received her PhD in linguistics from UCLA in 1978, where she studied with Peter Ladefoged. She worked as a research scientist at Bell Laboratories in New Jersey and then at Haskins Laboratories in New Haven, Connecticut, from which she retired due to illness. (Haskins is an independent research institute with which the Yale linguistics department has had long-standing ties.)

She was best known for developing, with Louis Goldstein, the theory of articulatory phonology. In this work, developed at Haskins Laboratories in the mid-1980s, abstract vocal tract gestures are hypothesized to be the fundamental units of phonological knowledge, speech production, and speech perception. She was a founding member of the Association for Laboratory Phonology.

We honor her because of her contributions to linguistics and her advising of students in the Yale linguistics department. 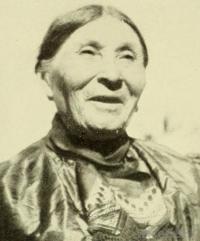 Fidelia Hoscott Fielding (1827-1908) is considered the last speaker and preserver of the Mohegan Pequot language. Fielding insisted upon retaining the everyday use of the Mohegan language during an era when most New England Native peoples were fluent in English. Her maternal grandmother Martha Uncas spoke it with family members, and other Mohegan people continued to speak and understand some of the language, but by 1900, few were as fluent as Fielding and her sister. As an adult, Fielding kept diaries in the language. These later became vital sources for reconstructing the syntax of Mohegan Pequot and related Algonquian languages.

The diaries she left are now preserved and used in the reconstruction of the Mohegan and other related languages. Credited with being an instrumental influence in recording and preserving the language, in 1994 she was posthumously inducted into the Connecticut Women’s Hall of Fame under the category Education & Preservation, one of only three American Indians who have been included.

We honor her as a Native American who worked for the preservation of her language, which was spoken in Connecticut. 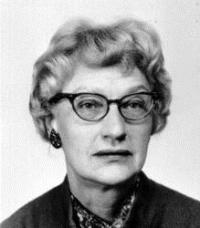 Haas was noted for her dedication to teaching linguistics, and to the role of the linguist in language instruction. Her student Karl V. Teeter pointed out in his obituary of Haas that she trained more Americanist linguists than Edward Sapir (her former instructor) and Franz Boas combined: she supervised fieldwork in Americanist linguistics by more than 100 doctoral students. She was a founder and director of the Survey of California Indian Languages, and in this capacity she advised nearly fifty dissertations, including those of many linguists who would go on to be influential in the field.

We honor her as a prominent linguist and an important figure in the documentation of Native American languages who received her PhD from Yale. 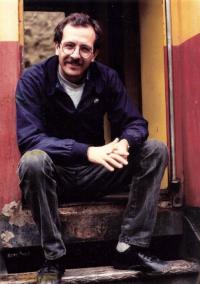 He published numerous articles on the syntax of Romance and Spanish, in particular. He is perhaps best known for his work on clitics, passives, arbitrary plurals, and null subjects. His analysis of passives was a first attempt at moving from a construction-based to a principles-based account. His work on null subjects, especially his collaborative work with Ken Safir, began a flood of research on the relationship between paradigmatic specification and null categories in Romance, Germanic, Semitic and other languages.

We honor him as a Yale undergraduate who went on to become a prominent generative linguist. 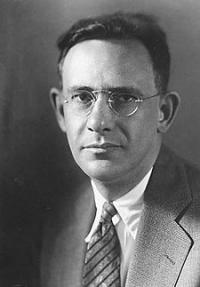 Edward Sapir (1884-1939) was born in Germany and was brought to the United States in 1889, at the age of five. As a student at Columbia, where he worked with Franz Boas, he received a Masters in Germanics and a PhD (1909) on the Takelma language, spoken in Oregon. While working at Berkeley and UPenn, Sapir did fieldwork on Takelma, Chinook, Yana, Southern Paiute and Ute. From 1910, as an anthropologist at the Canadian National Museum in Ottawa, Sapir conducted fieldwork on a large number of languages including Nootka and Sarcee.

In 1925 Sapir moved to the University of Chicago, where he continued to do fieldwork on languages including Navajo and Hupa, before accepting the offer of a Sterling Professorship at Yale in 1931. He attracted a number of students at Yale, including Stanley Newman, Morris Swadesh, Mary Haas, and Benjamin Whorf. When the International Phonological Association was established in Prague in 1932, Sapir was elected as the sole American member of its board. He continued to be the primary link between European and American phonologists until his death in 1939. [Adapted from S.R. Anderson, Phonology in the Twentieth Century, pp. 217-221.]

We honor him because of his impact on the field and as a way to recognize the contributions of Jewish faculty to Yale at a time (1931-1939) when they were a minority group subject to discrimination. 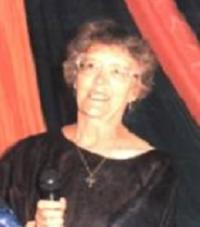 Kay Williamson (1935-2005) received a PhD in linguistics from Yale in 1964. She was a linguist who specialized in the study of African languages, particularly those of the Niger Delta in Nigeria, where she lived for nearly fifty years.

Williamson has been called “The Mother of Nigerian Linguistics” and was known for her concern for social responsibility in linguistics. Her many publications include a grammar and dictionary of the Ijo language, a dictionary of Igbo, and numerous articles on diverse topics. She is also notable for proposing the Pan-Nigerian Alphabet.

We honor her as a pioneering Africanist and well-respected historical linguist who received her PhD from Yale.