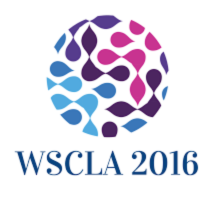 Assistant Professor Ryan Bennett will be traveling to Mexico City to give an invited talk at the Second Workshop on the Sound Systems of Mexico and Central America (SSMCA II), the second installment of a conference inaugurated at Yale in 2014. (You can read the proceedings of the first SSMCA here.) From there he will travel directly to Montréal for another invited talk at the Workshop on Structure and Constituency in Languages of the Americas (WSCLA 21), titled “Stop consonants in Kaqchikel: acoustics and perceptual similarity.” Both talks feature research on the phonetics of Kaqchikel, a Mayan language, carried out in collaboration with postdoc Kevin Tang.