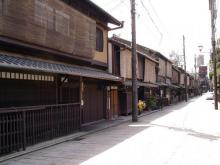 Graduate alumna Yao-Ying Lai and Associate Professor María Piñango have received the JCHAT Award (Best Paper) from the Japanese Society for Language Sciences (JSLS) in addition to their paper Comprehending underspecified meaning: Resolving ambiguity by contextual and conceptual search. The award is given to the best paper presented at the JSLS’s annual conference.

The award-winning paper, co-authored with Ashwini Deo of the Ohio State University, investigates a special type of sentence called semantic underspecification. These are sentences that have a syntactic structure supporting multiple possible meanings for the sentence, which are mutually exclusive with one another. For example, consider the following sentence.

The 19th meeting of the JSLS conference was held from July 1 to July 2, 2017, at Kyoto Women’s University in Kyoto, Japan.