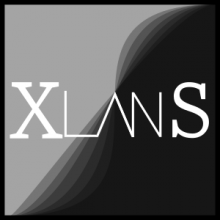 Ph.D. candidate Rikker Dockum gave a talk entitled Tone system diversification: data and trends from dialect surveys of Thailand at a workshop called Triggers of Language Change in the Language Sciences. The workshop is part of the X in the Language Sciences (XLanS) series of workshops. Each XLanS meeting gathers “a wide range of researchers together to focus on a particular topic in language that interests them.”

Tonal languages are languages in which pitch is used as a speech sound that can distinguish between different words. For example, in Mandarin, the word ma can mean mother, hemp, horse, or scold, depending on its tone. At the workshop, Rikker talked about how tone systems change over time. A great deal of research has been done on tonogenesis, the process by which a non-tonal language becomes a tonal language. This usually occurs when consonants influence the pitch of neighboring vowels: over time, speakers begin to identify the consonant by its pitch effect, so that the consonant is replaced by a tone. Rikker’s talk focused on what happens to a language after tonogenesis. A tonal language might still experience changes in its tonal system by acquiring new tones, splitting a tone into two different tones, or merging two tones into a single tone.

Rikker’s work is based on an extensive survey of language documentation work on the Tai languages, a family of languages spoken in Thailand. Rikker consulted more than 150 sources, mainly consisting of theses and research reports written by graduate students. These sources record historical changes in tonal systems, including tone splits and mergers, for 350 different languages and dialects in the Tai family. Rikker then converted these data to a format that allows them to be analyzed by software tools. Using computational phylogenetics and various statistical tests, Rikker was able to identify a strong phylogenetic signal in tonal splits and mergers, indicating vertical transmission of lexical tone categories in the Tai subgroup.

Previous studies have sometimes measured the complexity of a language’s tone system by considering how many tones the language has. Rikker’s work helps to show that number of tones alone is not a good measure of relative complexity, and that we need a more nuanced view of tone system typology. Having a more accurate understanding of how lexical tone systems change and diversify will help us to make more accurate typological claims about them.

The XLanS workshop was held from October 11 to 13 at Lumière University Lyon 2 in Lyon, France. The full program is available on the conference website.