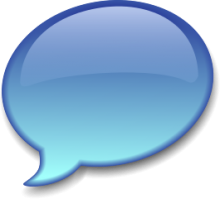 Raffaella’s article, “Our Language Prejudices Don’t Make No Sense,” published in the Pacific Standard, takes to task the common negative attitudes toward non-prestige varieties of English. She describes these prejudices as reflections of existing bias against the socio-economic groups that speak them. Raffaella also presents the idea of multiple English grammars, each its own well-formed recipe for a different variety of the language.

Following recent attacks on the National Science Foundation as a waste of taxpayer dollars, Claire wrote an op-ed for The Hill, “Social Science Research Funding ‘is’ in America’s National Interest.” She defends research in the social sciences, decries proposed vague and unscientific criteria for funding, and explains the value of projects that may be easy to poke fun at based solely on project titles.

Also, in a pair of op-eds for The Washington Post and Slate, Claire describes the benefits of multilingualism. In “Should You Talk To Your Child in a Different Language?” she presents research to lay to rest the fears of a New York Times blogger. And ”Why is Bilingual Education ‘Good’ for Rich Kids but ‘Bad’ for Poor, Immigrant Students?” takes on a common double standard in bilingual education.

Raffaella and Claire are 2014-15 Public Voices Fellows. The Public Voices program is an initiative started at Yale, Stanford, and Princeton, and now rolling out more widely, which helps to connect academics from underrepresented groups with prominent media outlets in order to increase the impact of their work.