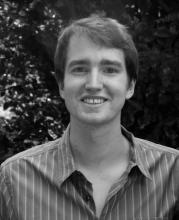 Ph.D. candidate Matthew Tyler has recently published two journal articles concerning his work on clitics in Choctaw (Muskogean).  One, published in Natural Language & Linguistic Theory, is titled “Absolutive Promotion and the Condition on Clitic Hosts in Choctaw”; this article proposes a morphosyntactic analysis of Choctaw clitics. The second, in Studia Linguistica, is titled “Choctaw as a Window into the Clitic/Agreement Split” and provides empirical evidence for classifying these morphemes as clitics in the first place. The abstracts from these papers are below.

This article develops of an analysis of the clitic co-occurrence restrictions found on transitive unaccusative verbs in Choctaw, and how they are (or are not) repaired. It turns out that the repair strategy of Absolutive Promotion, by which a typically-absolutive argument becomes ergative, is sensitive to standard syntactic notions of intervention and locality, implying that it involves a syntactic Agree relation. Regarding the clitic co-occurrence restrictions, I show that they can be captured with the Condition on Clitic Hosts—a condition that syntactic heads can host at most one clitic, adapted from the condition of the same name developed by Arregi and Nevins (2012) for Basque. By detailed comparison with Basque, we see that the Condition on Clitic Hosts and Absolutive Promotion are found in both languages. However, they do not have entirely the same effect: Absolutive Promotion in Choctaw can repair a different set of structures from those it can repair in Basque, and clitics are hosted on a different set of heads in Choctaw from where they are hosted in Basque.

The Choctaw verb hosts argument‐referencing morphemes that could plausibly be analyzed as φ‐agreement affixes or argument‐doubling clitics. I argue that (almost) all the morphemes in question are clitics, on the basis of several state‐of‐the‐art tests. The bulk of the argumentation comes from two of the morphemes’ properties in particular: firstly, they participate in clitic‐climbing alternations, and secondly, they are able to license the extrinsic plural marker oklah, an element with the syntactic licensing conditions typical of floating quantifiers. Following much work proposing that clitics have the syntactic status of determiner heads in an A‐movement chain with their DP associate, I show that the properties just outlined follow straightforwardly from a clitic analysis, but would not be predicted under a φ‐agreement analysis.