Home » Sign Languages and the Mind: their History, Science and Power

Sign Languages and the Mind: their History, Science and Power 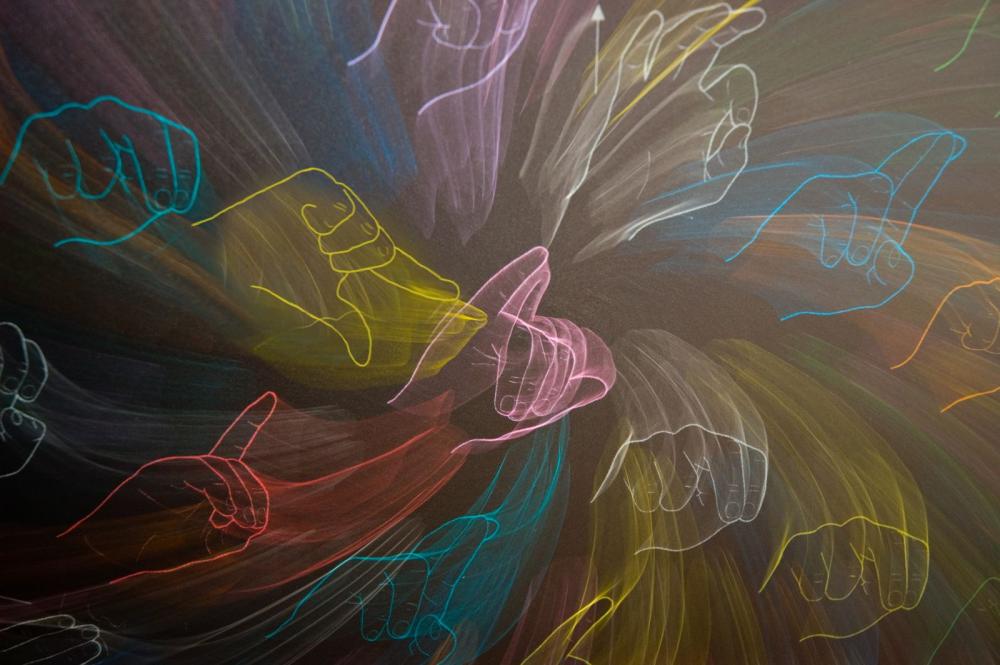 In celebration of the introduction of American Sign Language (ASL)  to Yale’s curriculum, a panel with three researchers will discuss the importance of sign languages in the cognitive development of Deaf children, what they reveal about the human mind, and the history of attitudes toward the Deaf and sign languages.

Interpreters will be available for the whole session.

This panel was recorded with closed captions. The video is available in two parts on the Yale University YouTube channel:

Title: How a new language is created: What homesign and Nicaraguan Sign Language tell us about the human mind

Abstract: There are over 6,000 languages in the world, each with the capacity to express an infinite range of thoughts. While every human society has a language, no other animal has a communication system with this kind of scope and complexity. Where does language comes from? What properties of human minds and human societies allow for its creation?

In this talk, I will discuss what we have learned through the study of the emergence of a new language, Nicaraguan Sign Language (NSL), and homesign systems, which are gestural communication systems created by deaf individuals in isolation. This work to date suggests several factors are crucial for the creation of a new language: children (who are prodigious language-learners), a community (allowing for social interactions), and intergenerational transmission (the opportunity to pass down the language to subsequent generations).

Biography: Annemarie Kocab received her Ph.D. in Psychology from Harvard in 2017, and her B.A. in Cognitive & Linguistic Science and English from Wellesley in 2010. She studies language emergence, focusing on sign languages. Her work on Nicaraguan Sign Language has revealed how recursion and temporal reference appear in emerging languages. This research also highlights the importance of sign languages in the education and cognitive development of Deaf children, and the rich expressive properties of even recently-developed sign languages. Dr. Kocab is currently a postdoctoral fellow at Harvard University where she works with Kathryn Davidson, in Linguistics, and Jesse Snedeker, in Psychology. She is a Deaf bilingual user of ASL and English.

Title: The impact of late language acquisition on cognitive development

Abstract: It is well known that younger children acquire a language more easily than older children and adults. However, more recent research is uncovering the ways that earlier language learning also benefits cognitive development. The age at which deaf children begin learning language varies considerably and depends on factors such as age of diagnosis, and social factors, such as accessibility of information and services to parents. I will discuss the impacts of age of language acquisition on several areas of cognition including spatial cognition. I will discuss what we know, and still don’t know, about the relationships between language and various cognitive domains.

Biography: Amber J. Martin received her Ph.D. from the University of Minnesota’s Institute of Child Development in 2009 and her B.S. in Child Psychology from the University of Minnesota in 2000.  She is currently a professor of Developmental Psychology at Hunter College. Dr. Martin’s research explores and emphasizes the crucial interplay between language and cognition, focusing on the effects of delayed language acquisition on cognitive development in ASL and Nicaraguan Sign Language speakers. It has shed light on the spatial cognitive skills of signed language speakers and on the development of Deaf children who are exposed to language at a later age. Dr. Martin is Deaf and a proud Minnesotan.

Title: The sounds of silence: A history of the Deaf and signed languages in Europe and America

Abstract: The Language of Light recounts the story of the arduous struggle of the Deaf across centuries (joined by their hearing allies) to attain and preserve the right to be taught in their unspoken tongue, sign language — the only language that renders them complete, fully communicative human beings. My talk will focus on the centerpiece of this history: the accomplishments of the great French teachers of the early 19th century.  I’ll also briefly discuss the times before and after that era, which were far more hostile to the Deaf and their natural language. The talk will include a discussion of the current debate on the role of signed languages versus cochlear implants in the acquisition of language by children born profoundly Deaf and in their upbringing and education.

Biography: Gerald Shea received his BA from Yale in 1964 and his J.D. from Columbia Law School in 1967.  He practiced as an international corporate lawyer in New York and Paris for 30 years, until deciding to devote himself to issues related to the Deaf and to advocating their access to sign language. His 2013 book, Song Without Words, describes his personal experience with partial deafness (which was not properly diagnosed until his early thirties). In The Language of Light: A History of Silent Voices, published in 2017 by Yale University Press, he has written an engaging history of the Deaf and their language.  Stephen Anderson Professor Emeritus of Linguistics at Yale, has written that this book is “an invaluable social, intellectual, and scientific history of the Deaf, and the emerging recognition of the linguistic nature of signed languages.” The book was reviewed by Jerome Groopman in the New York Review of Books.

This event is free and open to the public.  However, so that we know how many attendees there will be, we ask that you register for the event by November 5th.