The (Socio-)Phonetics of Newscaster Speech 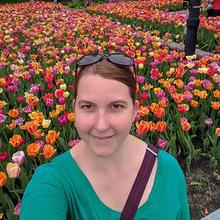 Naïve speakers of English commonly report that the on-air speech of newscasters “sounds different”, even claiming to recognize newscaster speech when semantic, syntactic, and lexical information is inaccessible, for example as heard muffled through a wall. The possibility arises then that newscaster speech constitutes a distinct prosodic genre, an expected possibility, since newscasters inhabit a specific discourse domain and since intonation is tightly tied to pragmatics and discourse relations (e.g. Couper-Kuhlen 2001, Hirschberg 2004, and Wichmann 2015).

In this talk, I use corpus and experimental data to explore the prosodic characteristics of newscaster speech, its identifiability for native speakers, and its communicative function. What prosodic features distinguish the on-air speech of newscasters from everyday conversational speech? If so, why? Can listeners reliably distinguish newscaster speech based solely on such features? Of the range of features newscasters employ, which do listeners actually use to identify them, and which go unnoticed?

The answers to these questions are based on a series of experiments. First, non-newscaster volunteers were recorded reading a series of target sentences taken from news broadcasts, so the prosodic features of their speech could be compared to that of professional newscasters. These clips were then low-pass filtered to remove segmental information, and listeners were asked judge the source of each clip (news or not) and rate them for various traits such as pleasantness, trustworthiness, and confidence. We find that a subset of prosodic features reliably distinguish newscaster speech, and that listeners are able to identify newscaster speech at a rate better than chance. Of those features which actually characterize newscaster speech, a subset correlated with increased likelihood that a recording would be classified as such. These findings indicate that newscasters modify their speech, either due to explicit training or tacit knowledge of how prosodic features are interpreted, and the public perceives this modification. Listeners also made use of some prosodic cues which are not in fact informative for newscaster status, demonstrating an imperfect match between the prosodic signaling produced by newscasters and its reception by listeners.

These results raise important questions about speech features, their conversational functions, and their perceived relationship to traits such as credibility and authority. In a follow-up survey, we asked radio newscasters about their priorities and intentions in crafting their onair voice; their responses did not find confirmation in our study, indicating that the prosodic features characteristic of newscaster speech are likely instantiated on a subconscious level as a feature of the speech genre