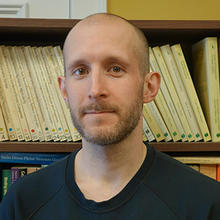 Description:
Since the basics were outlined by Frege, semantic theory has been enriched in various ways. Pronouns and alternative-invoking expressions motivated a souped-up interpretation function, one capable of composing assignment-sensitive and multifarious meanings (and eventually meanings that were both). Various kinds of ‘dynamic’ phenomena resulted in lexical enrichments that replaced propositions with context-change potentials.  Quantification and scope gave us the Y-model. Type-shifting has appeared from time to time.

This mini-course will show how to recast all these enrichments in a uniform way with basic, well-studied tools used by programmers to introduce so-called ‘side-effects’ into functional programs: (applicative) functors and monads.  We’ll see concrete examples of how to abstract these tools out of existing semantic theories, and compositionally combine them to build new super-tools (in more ways than one). We’ll study how this flexible, modular approach to composition solves various empirical problems and dissolves some recalcitrant technical issues. And we’ll apply these techniques to the study of pronouns (with or without assignments), exceptionally scoping indefinites, cross-sentential and donkey anaphora, quantification and scope (with and without events), and ‘higher-order’ analogs of these phenomena (e.g., functional pronouns and higher-order questions).