Presupposition Projection and Linear Order: Reconciling an Explanatory Mechanism and Variation Across Connectives 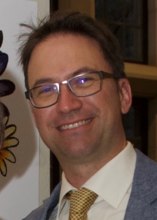 The role of linear order for presupposition projection is a long-standing matter of theoretical controversy and empirical confusion. On the one hand, in the Stalnakerian tradition, in particular in the influential reframing by Schlenker (2009), there’s a natural association of the `left-to-right’ unfolding of the linguistic signal and the gradual update of the contexts relative to which subsequent expressions are interpreted. On the other hand, connectives seem to display varying behavior in terms of whether later material can affect presuppositions of earlier expressions. In particular, conjunction has often been taken to be asymmetric with regards to projection, only allowing `left-to-right’ filtering (e.g., with the first conjunct supporting a presupposition in the second conjunct), whereas disjunction seems to also allow the reverse `right-to-left’ filtering (as in Partee’s `bathroom sentences’). But the validity of these commonly reported generalizations has been challenged, too, e.g., by arguing that the apparent asymmetry of conjunction is due to certain confounds (Rothschild, 2011), or by appealing to other theoretical mechanisms, such as local accommodation, to explain away `right-to-left’ filtering with disjunction (Hirsch & Hackl, 2014). The resolution of these issues is of central importance for theories of presupposition projection, as they bear on the key question of whether or not a general and explanatory account of the role of linear order for projection along the lines of Schlenker (2009), can be maintained, or whether variation in order effects across connectives undermines this enterprise.

I present a series of experimental investigations of projection from both conjunction and disjunction. Our results reported in Mandelkern et al. (2020) show that projection from conjunction is genuinely asymmetric (i.e., limited to left-to-right filtering), and ongoing work with Alexandros Kalomoiros establishes that projection from disjunction is genuinely different from conjunction in this regard (by also allowing genuine right-to-left filtering). These results challenge a general account of projection like Schlenker’s Local Context approach, which predicts uniform effects of linear order on projection across connectives. In the final part of the talk, I outline the Local Symmetry account currently being developed by Alexandros Kalomoiros, which aims to reconcile the generality and explanatory appeal of Schlenker’s approach with variation across connectives by letting their truth-conditional profile impact the effect of linear order in the newly formulated projection mechanism.