From pragmatic reasoning to social perception. Extracting meaning from (im)precision 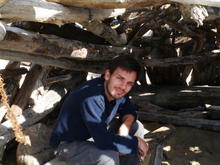 Language users routinely use meanings imprecisely, thereby introducing a layer of contingency in communication: when a descriptive proposition is uttered, it is often the case that the same facts could have been described otherwise. Relying on two case studies, I show that reasoning about such alternatives affects the composition and interpretation of different kinds of meaning, which include those encoded in the grammar as well as those grounded in social interaction.

In the first case study, I argue that emphatic uses of exclusive particles— as in “this event is just/simply impossible”— help interlocutors manage the uncertainty linked to the potentially imprecise use of the prejacent. I outline an account of these particles as a special type of exclusive operator that rule out the assertability of more complex alternate descriptions, deriving their emphatic effect from the interaction of exclusivity, scalar reasoning and imprecision-based reasoning.

In the second case study, I show that reasoning about imprecision also serves as a resource for listeners to infer the social meanings of linguistic utterances — that is, the constellation of qualities and attributes that speech typically conveys about the social identity of speakers. Relying on a social perception experiment, I show that authors of precise descriptions are perceived as embodying a set of both favorable — e.g., articulate, intelligent — and unfavorable qualities — e.g., pedantic, uptight; and that such qualities bear a striking resemblance to those associated to variation in other realms —e.g., the hyper/hypo-articulation of particular phonemes.