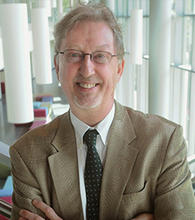 Listeners usually categorize a target continuum as differing from its context, a finding predicted by both gesturalist and auditorist accounts of context effects. I will first present results in which, surprisingly, listeners instead categorized the target continuum as resembling its context. Results of subsequent experiments suggested that listeners only perceive a target as differing from a *preceding* context, and instead perceive a target as resembling a *following* context. In the remainder of the talk, I will focus on two additional experiments in which the targets were tense and lax front-to-back vowel continua followed by labial and coronal stop contexts. Listeners consistently responded more often with the back category before the labial than the coronal stop, and did so more often for the lax than the tense vowel continuum.

Listeners apparently used the lower F2 and F3 values in the transition to a labial stop as information that the preceding vowel was back, and did so more when the vowel steady-state F2 and F3 values differed less, as in lax compared to tense vowels. The acoustic effects of the target vowels’ and context consonants’ gestures thus blend perceptually during the transitions between these sounds rather than separating into information about the successive vowel and consonant gestures. These findings are not predicted by either gesturalist or auditorist accounts of context effects. They suggest that an additional perceptual heuristic is at work that treats the acoustic properties of the speech signal during ambiguous intervals such as transitions as information about the current sound until those acoustic properties change enough to convincingly convey that the next sound has begun. This perceptual heuristic may also be responsible for anticipatory assimilation processes outnumbering perseverative ones. Because the acoustic properties of the stop bursts that later conveyed the stops’ labial versus coronal place were quite robust in these stimuli, these results also suggest that sound changes that result from perceptual blending during transitions between sounds don’t depend on the quality of the acoustic information about those sounds’ gestures. An adequate theory of speech perception and perception’s influences on synchronic and diachronic sound patterns must therefore recognize that speech sounds’ temporal order determines how one influences the other.