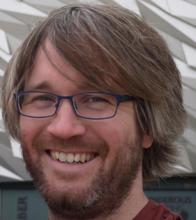 Much work in comparative syntax proposes that variation is explained both in terms of variation in syntactic features and variation in spellout (Barbiers 2009). While much work has addressed the theories of features (or ‘parameters’), our understanding of “variation in spellout” remains underdeveloped. We contribute to this with a study of the amn’t gap, using data from the Scots Syntax Atlas. Looking at microvariation in acceptance of amn’t in certain syntactic contexts, we that it is conditioned by inventories of forms rather than features, and we argue such variation must be understood in terms of spellout. Our account demonstrates the utility of Yang’s (2016) Tolerance Principle in explaining morphosyntactic microvariation.