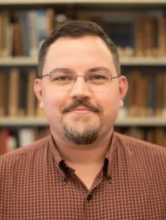 The Early History of Linguistics at Yale: A Report on Archival Adventures

There has been a standalone Department of Linguistics at Yale University continuously since 1961, but this was of course far from the beginning of linguistics in New Haven. Yale has played a founding role in linguistics since the earliest days of the discipline in the United States. In this talk I share some findings on linguistic firsts at Yale prior to the 1924 founding of the Linguistic Society of America, focusing on what can be gleaned from university catalogs and reports.

The first general linguistics course in the U.S. was taught at Yale perhaps as early as the 1869-70 school year, by William Dwight Whitney (1827-1894), based on a series of lectures he delivered at Yale as early as 1863 (Seymour 1895). A linguistics track was established in the Bachelor of Philosophy program in 1871-72. In that first course, William Dwight Whitney (1827-1894) taught from his 1867 book, Language and the Study of Language, now recognized as ‘the first book on the general science of language ever written in the United States’ (Edgerton 1944). A second textbook, The Life and Growth of Language, soon followed in 1875. Linguistics became a mainstay offering at Yale, and for a time was even a required course for all undergraduates (Seymour 1895). Whitney taught linguistics courses until his death in 1894, and is listed in the faculty catalog under various designations over the years, such as ‘Professor of Modern Languages and Linguistics’ in 1869. After Whitney’s death, his former student Hanns Oertel (Ph.D. 1890), was appointed as Professor of Linguistics and Comparative Philology in 1901. Except for a few years between Whitney’s death and Oertel’s promotion, Yale had a professor appointed in linguistics continuously for nearly half a century.

Another first can be found In a survey commissioned by the U.S. government, Rutherford 1968, which compiled information on all linguistics-related doctorates granted to that date. This report showed that much early linguistic work was also happening in Yale’s Department of English. This includes the first women to receive Ph.D. degrees for research within the purview of linguistics, such as Emily H. Foley (Ph.D. 1902), among several others. These and other details of the early years of linguistic science at Yale can be found in course catalogs, university reports, and other realia of the Yale linguistic past.