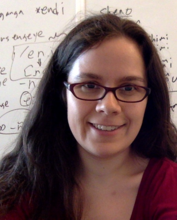 The production of voicing in coda consonants is reflected in a range of acoustic correlates, some of which influence the perceived duration of vowels and may provide a pathway for the development of voicing-conditioned vowel duration. To begin, I provide an overview of acoustic correlates of voicing in production, with data from English, Hindi, and Telugu. Next, I present several studies on perceived vowel duration. Coda voicing affects perceived vowel duration in two distinct ways: (a) vowels presented with voiced codas are perceived as shorter than vowels presented with voiceless codas, but (b) vowels that were produced before voiced codas are perceived as longer than vowels produced before voiceless codas. In a second set of duration perception experiments, I separate out several vowel characteristics that are influenced by coda voicing, to hone in on what might drive the effect of voicing environment on perceived vowel duration. In particular, spectral tilt and intensity contour have a large effect on perceived duration; higher spectral tilt and steeper decrease in intensity, as are caused by voiceless codas, also decrease the perceived duration of vowels.