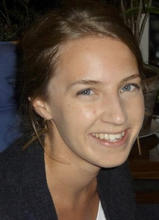 This talk considers the interaction of the lexical and syntactic pieces that build compositional meaning, focusing on the interpretation of arguments of transitive motion verb phrases as in (1a) and (1b).

While most theories implicate some role for both verb meaning and syntactic structure in determining argument interpretation, it is common to invoke a central role for syntax in the interpretation of transitive subjects and the ‘unselected objects’ of unergatives. Such NPs are therefore expected to have highly regular syntactic and interpretive properties. Yet the interpretive properties of the transitive subjects and unselected object in (1a) and (1b) are commonly said to be in some way ‘exceptional’, in a manner that seems not to be derivable via
standard interpretive rules (for example, (1a) is said to involve a Theme Subject).

How is such exceptionality to be handled in the grammar?

Current analyses, across frameworks, invoke lexical meaning for such cases. In this talk I present a number of case studies based around (1a) and (1b), which set out architectural and empirical problems for a lexical approach. Instead, close analysis actually provides novel evidence that there is a strict, deterministic relation between syntax and the semantics interface in the interpretation of the arguments, that, crucially, lexical meaning appears unable to disrupt or suppress. The results offer some new ways of defining where syntactic and lexical pieces do and do not interact in establishing compositional interpretation.