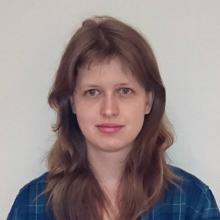 Sigríður Sæunn Sigurðardóttir published a paper entitled, “’Haf góðan dag’ Um uppkomu nýrrar kveðju út frá hugmyndum um talgjörðir” [‘Have a nice day’ The emergence of a new leave-taking term in Icelandic in the light of Speech Act Theory] in Íslenskt mál og almenn málfræði 41.-42. The paper is on the leave-taking term Hafðu góðan dag (‘Have a nice day (ACC)’), which has become prominent in Modern Icelandic but has been prescriptively deemed “improper Icelandic” due to its being influenced by English Have a nice day. In the paper, the leave-taking term is compared to the greeting Góðan dag (‘Good day (ACC)’), which has been in Icelandic since medieval times. Sigríður Sæunn investigates the phenomenon through the lens of Speech Act Theory, and proposes three main factors that influence the rising prominence of Hafðu góðan dag in Modern Icelandic.