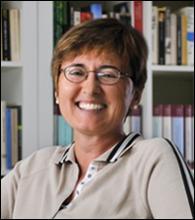 Raffaella Zanuttini gave an invited talk last week at a workshop at NYU entitled “Antisymmetry and Comparative Syntax: Celebrating 25 years of antisymmetry and 75 years of Richard S. Kayne,” more informally referred to as “RichieFest.” The workshop celebrate’s Richard Kayne’s 75th birthday, as well as the 25th anniversary of his highly influential 1994 monograph The Antisymmetry of Syntax. Her talk was titled “Imperatives and Politeness”, and presented her joint research with Paul Portner and Miok Pak (which was also published in the most recent issue of Language).