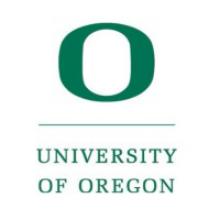 PhD candidate Jason Zentz presented his paper Partial Wh-Movement in Shona: A Hybrid Wh-Question Formation Strategy at the 46th Annual Conference on African Linguistics (ACAL), held at the University of Oregon on March 26-28th. In the paper, Jason analyzes wh-movement in Shona, a Bantu language, as a composite of full wh-movement, as seen in languages like English, and wh-in-situ, as seen in languages like Chinese. The complete abstract for the talk is included below: