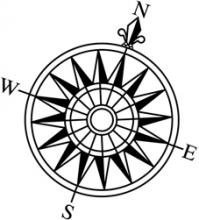 Congratulations to postdoc Hannah Haynie, whose paper “Geography and spatial analysis in historical linguistics” appears in the current issue of Language and Linguistics Compass. Here is the abstract for the article:

Spatial patterns associated with language contact, language spread, and isolation have been included, albeit peripherally, in traditional theories of historical linguistics. The development of mapping and spatial analysis tools, combined with innovations in quantitative approaches to diachronic linguistics, has introduced a new era in linguistic geography. Geographic research in historical linguistics, however, is largely carried out in the separate traditions of various linguistic subfields. Many commonalities exist between the questions asked and the methods applied in each of these subfields, and increased interaction across dialectometry, phylogenetics, and areal linguistics has the potential to reinvigorate linguistic geography and accelerate progress on questions about geography and the spatial outcomes of language change and language expansion.