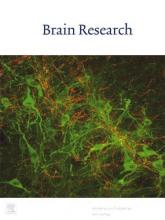 We examined discrimination of a second-language (L2) vowel duration contrast in English learners of Japanese (JP) with different amounts of experience using the magnetoencephalography mismatch field (MMF) component. Twelve L2 learners were tested before and after a second semester of college-level JP; half attended a regular rate course and half an accelerated course with more hours per week. Results showed no significant change in MMF for either the regular or accelerated learning group from beginning to end of the course. We also compared these groups against nine L2 learners who had completed four semesters of college-level JP. These 4-semester learners did not significantly differ from 2-semester learners, in that only a difference in hemisphere activation (interacting with time) between the two groups approached significance. These findings suggest that targeted training of L2 phonology may be necessary to allow for changes in processing of L2 speech contrasts at an early, automatic level.