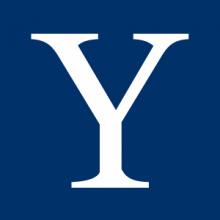 Throughout the month of April, Yale linguistics graduate students presented their qualifying papers in a series of Friday Lunch Talks. These papers, written by graduate students in the second and third years of their programs, are works of publishable quality resulting from significant original research projects in two distinct subfields of linguistics.

Congratulations to Jun, Chris, Parker, Josh, Manu, and Martín on their presentations!