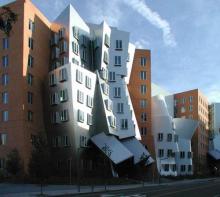 Graduate students Sarah Babinski and Samuel Andersson and PhD candidate Chris Geissler gave presentations about various topics in phonology at this year’s Phonology in the Northeast (PhoNE) conference. PhoNE a one-day meeting in which graduate students from across the northeastern United States may present their research.

All three presentations discussed the relationship between phonology and phonetics. Both fields study the sounds that make up words and sentences. Phoneticians are interested in studying the physical and biological mechanisms by which speakers produce and perceive sounds. Phonologists, on the other hand, assume that speakers have an abstract mental representation of each sound in a language, and seek to understand the principles governing how sounds can be put together to form an utterance of speech.

Sarah’s talk addressed the issue of transcription. When describing languages, phonologists often listen to native speakers and attempt to record their pronunciations as accurately as possible using the International Phonetic Alphabet (IPA), a system for transcribing speech sounds. While IPA transcriptions offer rich descriptions of speech sounds, some phonological insights can only be observed by examining recordings in full detail. One example of such an insight concerns stress. Although English speakers have strong intuitions about where stress falls within a word, the concept of stress is difficult to define acoustically, and for a phonologist who speaks one language to identify stress in another can be a highly subjective task. To overcome this challenge, Sarah developed a methodology for objectively adjudicating between different hypotheses regarding stress via phonetic analysis. In her talk, Sarah considers two competing theories of stress in the Southern East Cree language: the light–heavy theory and the extrametricality theory. Based on the assumption that stressed syllables have a longer duration, greater intensity, and higher pitch than unstressed syllables, Sarah analyzed recordings of speech in Southern East Cree, and developed a statistical model that attempts to predict duration, intensity, and pitch based on several factors, including whether or not a syllable is stressed. In the majority of cases, the model makes better predictions when information about stress is included than when it is excluded. However, when the two theories disagree on which syllables are stressed, Sarah found that the model makes better predictions when it assumes that the light–heavy theory is correct than when it assumes that the extrametricality theory is correct. Thus, Sarah’s unique use of acoustic analysis reveals evidence in favor of the light–heavy theory over the extrametricality theory.

While Sarah’s talk explored the connection between phonology and the perception of speech sounds, Chris’s poster investigated the connection between phonology and the production of speech sounds. Phonologists standardly assume that speech sounds have a symbolic representation that abstracts away from many details of phonetics. For example, two speakers may be thought to produce the same speech sounds even though they have different voices. However, the appropriate level of abstraction that should be used for phonological analysis is under debate. Taking the example of the Tibetan language spoken in the city of Kathmandu, Nepal, Chris argued that phonology could benefit from using representations of a lower level of abstraction that incorporate a greater level of phonetic detail. In Kathmandu Tibetan, certain consonants may be distinguished from one another by voice onset time (VOT)—the time between the end of a consonant and the beginning of the following vowel. Consonants such as p as in pet, t as in toy, and c as in car have a high VOT, while consonants such as b as in big, d as in dog, and g as in go have a low VOT. Tibetan consonants, however, have three different types of consonants. This means that, for example, there is a mid-VOT Tibetan consonant that is “between” a p and a b. Observing that the high-VOT consonants only occur in high-tone syllables while the mid-VOT consonants only occur in low-tone syllables, Chris shows that the reason why Tibetan consonants fall into three categories based on VOT, rather than two, is because tone has the ability to affect VOT. When speakers attempt to produce two consonants at the same time, the mouth often has no choice but to produce one consonant gesture after the other, with the vowel beginning between the two consonants. Chris found that a similar phenomenon is observed if the closure of the tongue tip and the articulation of the tone are treated as gestures, and his poster shows that the articulatory interplay between these two gestures results in the discrepancy between high-VOT and mid-VOT consonants.

This year’s PhoNE conference was held on March 31, 2018, at the Massachusetts Institute of Technology in Cambridge, Massachusetts. Yale’s student presenters were joined in the audience by Assistant Professor Jason Shaw and PhD candidate Rikker Dockum.