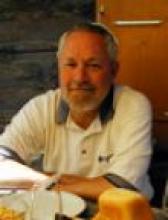 Congratulations to professor Steve Anderson, who will receive the Victoria A. Fromkin Lifetime Service Award at the 2014 Annual Meeting of the Linguistic Society of America. What follows is from the LSA announcement:

The Linguistic Society of America is pleased to present the Victoria A. Fromkin Lifetime Service Award for 2014 to Stephen Anderson, for his outstanding service to the LSA since he became a member in 1965. He has served on numerous committees of the LSA, including the Program Committee, the Resolutions Committee, the Local Arrangements Committee, the Bloomfield Book Award Committee, and the Committee on Computing. He served as Parliamentarian, as a member-at-large of the Executive Committee, and as Vice President-Elect, President, and Past President, as well as Acting President.

In his tenure as Vice President/President/Past President/Acting President, Steve led the society through difficult times, and he took on extraordinary administrative responsibilities to ensure that the Society returned to a healthy administrative state. One of Steve’s goals was to bring the LSA publications into the digital age. He, together with Dieter Stein, proposed the establishment of eLanguage, an open access electronic ‘agora.’ As the Society moves to gather its publications under one roof, it is appropriate to recognize Steve’s leadership and contributions to the LSA’s publishing program and his administrative acumen at a key point in the Society’s history.

This award is presented in recognition of exemplary leadership as President (2007) and Acting President (2008), and sustained contributions to the Society’s electronic publishing program.