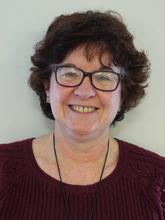 Zsiga (1993, Yale doctoral dissertation) proposed an analysis of Igbo vowel assimilation in terms of gestural overlap in Articulatory Phonology (AP). Twenty-six years later, this presentation returns to that data, this time taking seriously the question of how tonal timing plays a role. While cross-linguistic patterns in the timing of tones and tone-bearing units (TBU’s) has been extensively investigated from an acoustic perspective, with theories of possible associations of H or L pitch targets to segments, moras, or syllables, little work has been done from an AP perspective. In AP, segments, moras, and syllables are not considered to be primitives, but epiphenomena arising from stable patterns of coordination among gestures. How then, should the co-ordination of tone gestures be described? The few studies that have examined lexical tone from this perspective, on Mandarin (Gao 2008, another Yale dissertation), Thai and Serbian (Karlin 2018, a Cornell dissertation), suggest that tone gestures are incorporated into the gestural constellation in the same way as consonants, and are coordinated as part of the onset “c-center.”
The present study expands the AP typology of tonal timing to an African language, Igbo, reanalyzing data originally collected for Zsiga (1993). In a V1#V2 sequence in Igbo, the first vowel is reduced and partially assimilated, but overall sequence length is not affected by the amount of reduction: the second vowel lengthens in compensation. What happens to the tone when vowel duration changes? Results show that the timing of tonal target and vowel target are highly correlated over changes in duration, suggesting that c-center timing for tones is not universal, and that the typology must be expanded to allow direct T-to-V coordination. While a sample size of 4 languages is still far too small a typology, a possible hypothesis that emerges for future investigation involves a correspondence between the different patterns of gestural constellation and the timing patterns theorized in acoustic studies. As c-center timing in the onset is argued to be indicative of syllabic organization, it might be the case that c-center timing of tones corresponds to the syllable as TBU, while direct timing of tones to vowels corresponds to the mora as TBU.
In general, if AP is to be a successful theory of phonology and phonetics, the representation of tones as gestures must be incorporated into the theory, and the possibilities of tonal timing must be more thoroughly investigated.