Quantitative Historical Linguistics and Non-Tree Histories: The Case of Bantu 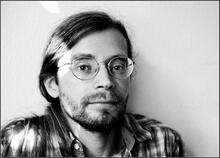 Computational phylogenetics has in the recent years entered into the mainstream of historical linguistics, complementing the classical comparative-method expert-led investigations of the structure of language families. But as a field, we are still in the process of learning when and to what extent we should trust computational phylogenetic analyses. One acute open problem is that phylogenetic methods can by definition only output trees, whereas true linguistic histories often feature significant non-tree-like episodes, i.e. intense language-contact influence between different branches of the same family.

The large Bantu family is a prime example of a family where such horizontal influences are very strong, according to the historical Bantologist, both in the realm of grammar and in lexicon. Despite that, phylogenetic trees have recently been reported with high confidence for the whole Bantu family, presumably solving the puzzle of the original Bantu dispersals.

In our work, we put this to the test by designing a model that explicitly accounts for language-contact effects. We study this model with Approximate Bayesian Computation (ABC), and show that the largest existing Bantu lexical dataset, used to argue for a particular Bantu tree structure, in fact contains strong evidence for the borrowing and innovation processes having been so strong as to obliterate from the data all signal of the early Bantu prehistory. In other words, we show that the earlier reported phylogenetic trees represent something very different from the history of the Bantu languages.

We conclude by spelling out two alternative interpretations of our finding, both of which ental the same conclusion: to understand the early Bantu history better, we are in desperate need of high-quality, extensive comparative-method work on the family, supported by a larger number of high-quality, fieldwork-based language descriptions.