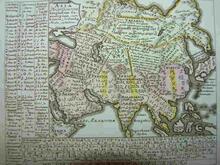 South Asia is an area with great linguistic diversity. The Indian constitution recognizes 23 languages, languages that are recognized as the official languages of particular states and/or languages which have been officially recognized for historical or cultural reasons. Outside of this official count, however, the number of Indian languages is thought to exceed 325 – and this is a conservative estimate. When other countries in the region are brought into the picture, the number of official and unofficial languages becomes even larger.

Language is an integral part of human experience and the diversity we see in South Asia has implications for the study of language from a number of perspectives. This two-day conference will have panels devoted to different aspects of language diversity, with morning sessions focused on theoretical linguistics and afternoon sessions on issues of broader interest.

We believe the workshop will be of interest not only to those whose scholarship is in linguistics and language-related research, but also to those who are curious about issues related to language. We would like to engage scholars from within and outside Yale in the exploration of language diversity in South Asia.

For the full program and details, see the workshop website.